Based on the fragility of lays chips, we developed this packing machine, reduce the loss of chips in the packaging process and ensure the integrity of potato chips. 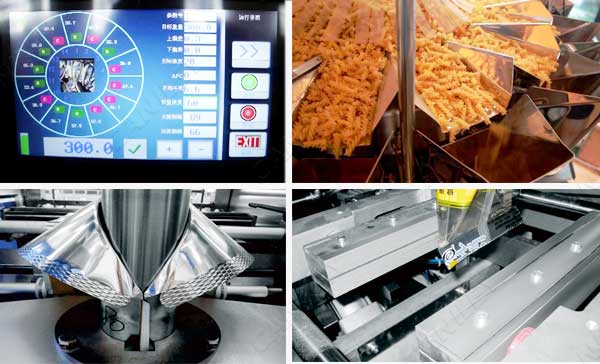 The digital processing is completed by a special computer chip, which ensures that the weight analog signal is converted into a digital signal after fast digital filtering, thereby ensuring that there is time to complete the “secondary data sampling” function.

2. Stepping motor controls the opening and closing of the hopper

There are no reviews yet.